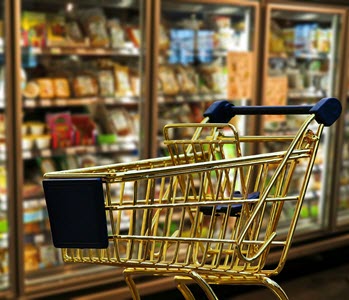 In 2017, when it was announced that Amazon.com had purchased Whole Foods, many believed it would revolutionize the grocery store industry, ultimately benefiting the consumer. While few experts are willing to question the business savvy of Jeff Bezos, CEO of Amazon.com and now the wealthiest person in the world, some are saying the move may not pay off as well as expected.

Why? The supermarket industry is changing and the future looks a bit murky

In the early 2000s, a study was taken that found that only 15 percent of the people in the U.S. “love” to cook, and because of this, cook often. Fifty percent indicated they “hate” to cook, and 35 percent will cook if they have to, but feel “so-so” about it.

Jump ahead to 2017, and now only 10 percent of Americans surveyed love to cook. The rest either dislike it or are lukewarm about cooking.

Apparently, consumers now spend more on food in restaurants and purchasing grab-and-go food items, than purchasing food in grocery stores that needs to be prepared at home. And this has been reflected in the amount of money spent in US food and beverage companies. Reports indicate that the top 25 such companies in the country, have reported an $18 billion loss in market share since 2009.

Grocers specifically report that consumers are making fewer trips to their stores. Further, fewer moms and dads are making grocery shopping a big weekend event, purchasing enough food for a week or more. The result has been price wars among the major food retailers and just last year, the prices these grocers charge for food declined 1.3 percent.

Why is this happening? One expert compares it to sewing. Throughout the first half of the 20th century, a large part of the population sewed their clothing. These were also the same people who went to grocery stores, purchased food for themselves and their families, and cooked.

Today, the vast majority of Americans buy clothing made in factories made by someone else. And as we have discussed, more and more people are turning to restaurants for their meals or purchasing grab-and-go food items.

This is all happening at the same time that increasingly, people report they are concerned about what is in the food they consume and pay closer attention to food labels. Taking this a step further, the type of food labels they want to read today are called “clean labels.”

Instead of reading a food label indicating the food contains disaccharide, maltose, lactose or saccharose, they want to read a food label that says the product has sugar in it, instead of one of these chemicals and chemical sounding alternatives.

While there may not be much we can do about consumer food buying trends, there is a lot DayMark can suggest when it comes to food product labeling, especially the growing interest in clean labels.

For instance, systems are now available that allow cooking professionals, kitchen staff, and food processors to quickly analyze the ingredients in current food products and suggest food recipe alternatives. This way they can replace those chemical sounding ingredients with those that consumers recognize and trust, just as with our sugar example.

The result is improved nutrition for consumers along with greater transparency. This helps build trust which, in turn, increases sales so that those in the food industry can better adjust and profit from new consumer buying habits.