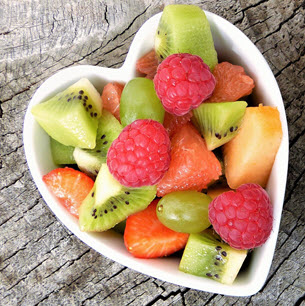 Rural Healthy People focuses on the healthcare needs of those living considerable distances from towns or metropolitan areas as well as many miles from hospitals or medical facilities of any kind.

And the distance from medical facilities is not the only issue. According to Gail Bellamy, Ph.D., coeditor of the study, the needs of those living in these rural communities are far different from people living in towns or cities. “Much like you don't take children to adult doctors, the same is true when trying to take a health intervention that worked in Miami or Los Angeles to a small town—it doesn't work.”

According to the study, there has been a decline in two key areas since 2001: nutrition and nutrition-related information and access to healthcare.

As for access to healthcare, the study found that while 20 percent of the American population now lives in rural areas, only 11 percent of physicians provide services in these areas. In some rural areas of the country, there are few if any dentists, pharmacists, or nurse practitioners, and in some cases, there are no emergency medical service providers in the immediate area.

Further, “it's becoming alarming how many rural hospitals are closing,” says Bellamy. Since 2010, more than 70 rural hospitals have closed, most often due to financial reasons.

The other major health issue impacting rural areas is proper nutrition. This is reflected in the fact that in 2010, obesity and other weight-related problems were listed at number 10 among rural health priorities that needed to be addressed. By 2015, this issue had jumped up to the number two slot.

Given this trajectory, it is believed that poor nutrition and other nutrition-related problems may soon be the number one health concern in rural areas. This is because more rural children and adolescents are now overweight or obese than before.

The reasons for this are many, but at the top of the list are the following:

“While it may be difficult with closing hospitals and so few doctors in these rural areas, we should be able to turn things around somewhat when it comes to proper nutrition,” says Jill Carte with DayMark Safety Systems.

“With new technologies now available in the US, we can create healthier recipes, suggest meal plans, and provide quality nutritional information, so people in these communities eat better and are better aware of what is in the food they are eating.”

Carte adds that some of these “ menu management ” systems, as they are often called, can even help educate food service operators on the best ways to cook food. “This can help reduce the amount of fat in some food items and at the same time, protect the nutrients in food,” Carte says.

Strategies such as this can prove successful, especially because Bellamy says these rural areas are often tight-knit communities. According to her, the education and training some in the community receive will be passed on to others, “helping to improve the health [of people living] in these areas.”