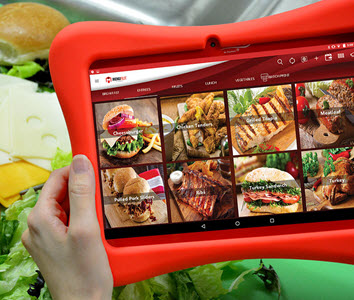 According to a recently published study*, about one third of people ages 20- to 39-years old in the United States are overweight or obese. The reasons for this are many, including a lack of physical activity, unhealthy dietary habits and little or no knowledge about food and nutrition.

Surprisingly, the study found that college students tend to be more overweight than those not attending college. These are unexpected results, considering that college students have many opportunities to learn about proper nutrition and several campuses have programs in place to help students improve their dietary behaviors.

One reason college students may be in worse shape compared to non-students: eating out at restaurants.

While unhealthy diets are not necessarily the fault of restaurants—the students ultimately make the final decision on what type of food they consume—one conclusion of the study was that “eating out was a kind of relief where all food desires could be satisfied.” Some participants also shared comments about their dining habits:

The study goes on to say that some foods served in restaurants may be more caloric than comparable food made at home. Additionally, many unhealthy eating behaviors develop into more serious health problems as these young people get older.

These unhealthy eating patterns not only can harm the health of a vast group of Americans but, according to the researchers, can also have a negative social and economic impact on the entire country.

Because of this, restaurants, like others in the food service industry, have realized they play a role in improving and fostering better eating habits—and they’ve taken action by providing healthier menu options.

Be aware that this is not just an American trend, too. The researchers note that “unhealthy eating behaviors among children, adolescents and young adults are emerging in Europe and Mediterranean countries,” too, meaning that restaurants worldwide will soon need to address this issue.