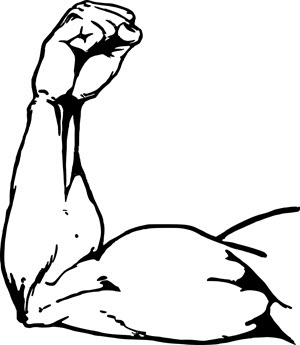 Unless you are—or have been—a competition bodybuilder, you may not know what it’s like to get the physical appearance and degree of muscularity necessary to compete in a bodybuilding contest, especially during the two to three months before the show. Along with the daily ritual of resistance training and cardiovascular exercises, many competitors start “manipulating hydration,” as it is referred to, by taking diuretics weeks before the show. This minimizes the amount of water in the body helping to reduce weight and body fat.

They may also take what are known as “fat burners.” These are designed to enhance metabolism, minimize food cravings, and optimize workouts and training. And while they are illegal in the U.S., some may also take anabolic steroids, especially if they are competing in those countries around the world that have fewer restrictions on the use of these supplements.

But during this two to three month period, many bodybuilding competitors start to develop a wide-range of psychological issues. Anger, anxiety, loss of eating control, binge eating, pre-occupation with food and exercise, and a variety of other mood disorders are quite common. In fact, some bodybuilders believe they are a “prerequisite” all bodybuilders must endure in order to compete.

Because these mood swings are often viewed as necessary, a 14-week study was conducted to see if a scientifically designed nutrition program, along with proper training and conditioning, could help a competition bodybuilder reach their physical appearance goals without all the emotional baggage that go along with it.

To see if this was possible, researchers worked with a 21-year-old male amateur bodybuilder about to enter his first bodybuilding competition in the UK. One of the first things the researchers noticed was that his daily diet was essentially the same every day, comprising of four meals and two snacks. He had one “cheat meal” every two weeks – a pizza with ice cream for dessert – but then it was back to the same eating routine.

The bodybuilder was asked to keep a diary of everything he ate or drank during a 14-week period before the competition. Diet logs were analyzed using Nutritics, a menu management system. This cloud-based program, available through DayMark Safety Systems in North America, has a dietary component, especially beneficial for competition athletes.

It is designed to assess energy expenditure and dietary intake of up to 258 nutrients. Using the system, the researchers were able to identify all the nutrients in his current diet and make changes to help increase his energy level, enhance his performance, reduce his fatigue, give him a faster rate of fat loss without supplements, and hopefully minimize his mood swings.

This case study shows that “a structured and scientifically supported nutrition and conditioning strategy can be effectively implemented to reduce body fat [while also] improving physiological parameters of health, maintaining a favorable mood state, and positively influencing strength,” reported the researchers.

They went on to say that the majority of the bodybuilder’s food intake came from natural foods with minimal dietary supplements, meaning no diuretics, fat burners or steroids were consumed. “Taken collectively, our case study shows that it is not necessary to skip meals, neglect specific nutrient groups, dehydrate, or consume a large variety of supplements to adequately prepare for a bodybuilding competition.”

As to the actual competition results, the bodybuilder placed 7th out of 19 competitors, which, the researchers were happy to report, “he and his support team acknowledged as a successful performance given that this was his first time competing as a physique competitor.”