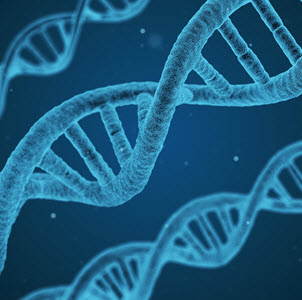 Public health officials in San Francisco announced in January 2018 that 57 people (students and teachers), have come down with norovirus in a local elementary school. This happened at McKinley Elementary , located in the heart of the city, and one of the city’s larger elementary schools.

"McKinley started noticing students with a pattern of symptoms that were suspicious for norovirus when school re-opened after winter break," says Gentle Blythe, a spokesperson for the San Francisco Unified School District.

Blythe added that while there were no plans to close the school, school administrators are working with the city’s Public Health Department, teaching custodial workers how to effectively clean the school and stop the spread of the disease.

When people come down with norovirus, it often causes severe intestinal and stomach inflammation. Most people, including young children in an elementary school, can become very sick for two to three days, but rarely does anyone die from norovirus.

According to Duane Carey with DayMark Safety Systems, the big problem with norovirus is that it frequently causes what is termed, “forceful vomiting.” The virus that causes norovirus is in the vomit and with force, it becomes airborne, it can spread as far as 25 feet from the vomiting incident area.

“If I could advise the custodial workers, I would tell them there are three things they must do before cleaning up such an incident,” says Carey. “Protect yourself, remove everyone from the incident area, and make sure a spill kit is handy.”

Carey explains that because cleaning workers are aware of just how crucial it is to cleanup a vomiting incident, especially in an elementary school, and especially when norovirus is a concern, “they often rush to the scene without thinking just how contagious norovirus is. Protective gear, including gloves, gowns, and facial masks, even shoe covers, must be put on first before any cleaning operation begins.”

As to removing everyone from the area, Carey says this is critical. “Because the norovirus pathogens become airborne, we must assume they have spread to surrounding walls, furniture, door knobs and other high-touch areas, everything within that 25-foot radius. In this case, making sure none of the students or teachers are allowed in the area is the best way to protect their health.”

Carey also suggests that when an incident such as this occurs, cleaning workers must have all the tools they need in one place, ready to go. “This is why they need a spill kit . The spill kit has everything needed to cleanup the area. We simply don’t have the time to be looking around for tools and supplies.”

The spill kit should include the protective gear mentioned earlier as well as such items as:

The spill pad is key to the cleanup. An effective spill pad will absorb most of the vomit, removing it from the incident area.

“At the same time the cleaning crew is doing their job, something school administrators should be doing is making sure all children, teachers, and staff, wash their hands thoroughly,” he adds. “It’s always important to encourage effective hand hygiene in schools, but with a norovirus outbreak, it’s imperative.”

For more information on ways to prevent norovirus from spreading and keeping people healthy, contact a DayMark Safety Systems representative.