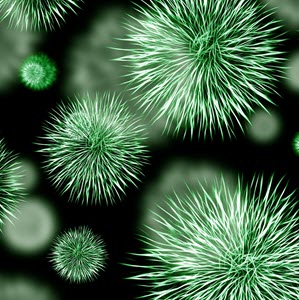 In September 2016, many people attending a catered lunch developed a gastrointestinal illness. Local health officials were called in to investigate and surveys were sent to all those attending to help determine how this happened. Here’s what was discovered:

An estimated 1 million cases of intestinal illness are attributed to C. perfringens each year in the United States, making it one of the most common causes of food poisoning in the country, according to Ed Sharek, who oversees DayMark Safety Systems products designed to ensure food safety.

“But only about 1,200 are reported annually. It’s because so few cases are reported that many in the restaurant and food service industries are unaware of the seriousness of this illness” Sharek says.

C. perfringens is often the cause of food poisoning in situations where large amounts of food are made at one time, such as this catered lunch.

So what is C. perfringens?

C. perfringens is a type of bacteria that forms spores at normal cooking temperatures. Outbreaks happen when food is not sufficiently heated or cooled. To prevent such incidents in the future, public health officials advised the caterer to follow these protocols:

However, Sharek does not believe the advice given the caterer in this situation, and the hundreds of similar cases like this that occur each year, was sufficient.

“What does ‘adequate’ refrigeration mean? The refrigerator temperature should be 40 degrees (F) or cooler,” he explains.

“The point is, to help prevent illnesses such as this, we must be much more specific and adopt testing protocols that help us ensure food is kept at proper temperatures, whether being stored in the refrigerator or when being cooked, and at all times.”

Sharek’s first suggestion is the expanded use of traditional thermometers and probes to monitor food temperatures. “While this is the traditional way of monitoring [food] temperatures, problems arise when workers get busy and fail to check the thermometers, or [when] food items are stored overnight after everyone has gone home.”

A more dependable option is a new technology that greatly reduces human error. Systems are now available that log food temperatures throughout the day. When temperatures exceed specific parameters, the systems send real-time alerts via text or email to food service workers.

“The food service industry is not necessarily considered a ‘high-tech’ industry, but they do adopt new technologies once they see the value of them,” says Sharek. “In this case, transferring to HACCP-compliant temperature-monitoring technologies can help ensure food safety, which everyone in the industry knows is certainly valuable.”